How To Make a Difference During Suicide Prevention Month

Last Updated
This is some text inside of a div block.
Posted on
September 4, 2020
|

What is Suicide Prevention Month?

Every September is National Suicide Prevention Month. Suicide can be a scary topic to talk about but its important to speak up, check out these sobering statistics from the American Foundation for Suicide Prevention:

With National Suicide Prevention Month, we have a whole month to dedicate to trying to reverse the trend and turn those numbers around. We can use this month to raise awareness about suicide, open up a dialogue about mental health, and actively work towards suicide prevention.

Having a conversation about Suicide Prevention: Eradicating Shame & Stigma

We as a society act like suicide is taboo. It’s often steered clear of as a topic of conversation, and whenever we do talk about it, it seems like its very “hush hush.”

There’s a stigma surrounding suicide, that people who attempt suicide or die by suicide are weak or selfish. Of course, there’s also the “crazy” label, which is completely inaccurate and only perpetuates stigmas. It’s no wonder that suicidal people might be afraid to open up about feeling suicidal, because they’re afraid they’ll be negatively judged, and not helped. So let’s work on smashing this stigma during Suicide Prevention Month.

The more we talk about mental health and suicide prevention, the more comfortable we – and others – will become talking about it. The more we all talk about it, the less of a stigma there will be. Then, hopefully, people will feel comfortable to open up to friends, family, or professionals if they are feeling suicidal.

If you are feeling suicidal now, know that you don’t need to feel shame, although that is probably how society makes you feel for having these thoughts. You are no less of a person for having suicidal thoughts, and you are not weak or selfish.

The Warning Signs for Suicide Prevention

A lot of suicide prevention has to do with awareness, including being aware of the warning signs that you or someone else is suicidal. First, let’s look at risk factors. Some risk factors for suicide are:

Aside from these risk factors, there are verbal and behavioral clues you can look for to see if someone might be suicidal, whether it’s Suicide Prevention Month or not.

These are not the only signs, but they are usually the main ones. Always pay attention and lend an ear or a shoulder to cry on when a loved one needs your help. If someone opens up to you, it was probably really hard for them to do so, so be sure to meet them where they are with respect and understanding and do not be dismissive. This is the key to suicide prevention.

Supporting Others with Suicide Prevention

We need to be there for each other now more than ever. Here’s how you can actively play a role in suicide prevention, during Suicide Prevention Month and all year long.

If you are trying to help someone who is actively suicidal, here’s what you can do to support them with suicide prevention.

During Suicide Prevention Month, you can also share these invaluable tips with others so that they know how to help a friend if the situation arises for them.
‍

How The Daily Shifts Can Help You with Suicide Prevention

Looking for some tools to use to improve your mental health, or to recommend to a friend who may be suffering during Suicide Prevention Month?

Here are some resources that can help:

Remember, suicide is a big issue in the world right now, but it is preventable. With hard work and carrying out the effort that we put in during Suicide Prevention Month all year long, we can make a big difference in the world and our communities. 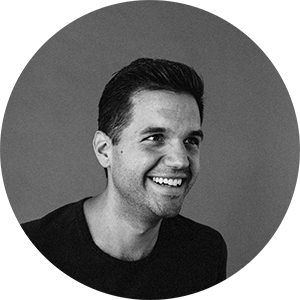 How to Fill the "Success Void" and Achieve Lasting Happiness.

Join a live training with our founder Doug Cartwright. Save your seat now for FREE.
Yes, Save My Seat!
Join the conversation

10 Challenges from Can't Hurt Me by David Goggins: Book Summary and Review

David Goggins' book Can't Hurt Me is a story that inspires action. This book summary and review will help you take action instead of finding excuses.

The Ultimate 21 Day Challenge for Positive Change in 2021

Looking to get your life on track in 2021 after the mess of 2020? The Daily Shifts 21 Day Challenge is here to help you make positive changes to your life.

These confidence affirmations will help you boost your success. Wondering what success means? Read on to learn and skyrocket your success.